Castle Clash Heroes of the Empire US XAPK 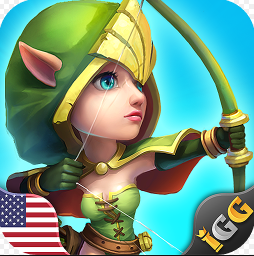 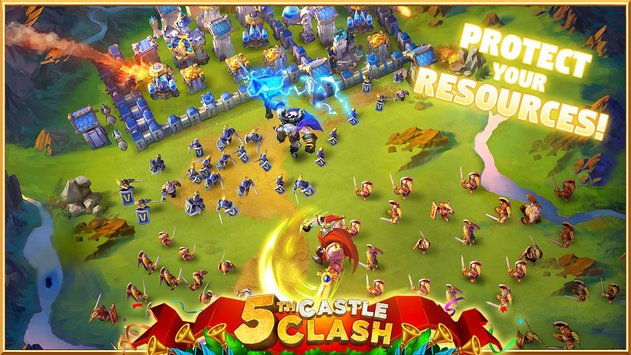 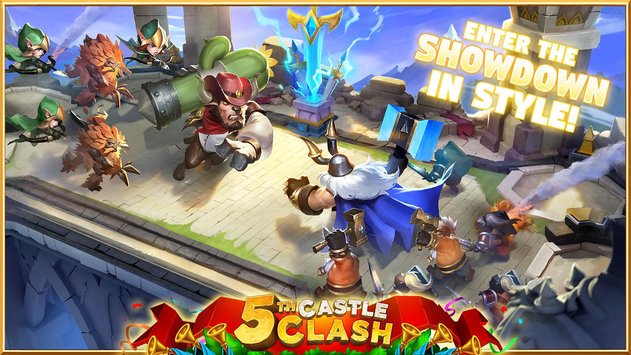 The description of Castle Clash

5 years on, the epic Clash continues!

Assemble your forces for a bigger, better Clash!

Packed with exciting combat and fast-paced multiplayer strategy, Castle Clash is a game of epic kingdom wars! Hire powerful Heroes and equip them with legendary weapons to lead your mighty army of mythical creatures. Fight your way to become the world’s greatest castle warlord. Put your strategies to the test in dungeons, raids, wars, arenas, and missions! With over 100 million players worldwide, it’s always time to clash! Are you ready to conquer the world in these clan wars, defeat enemy coalitions in battle, and build the most powerful and fearsome empire?

Join the epic adventure to lead your realm’s legendary soldiers in war. Build an impenetrable fortress and crush encroaching enemy armies in the battle of clans. Invade and attack rival kingdoms to increase your power, and use different epic war strategies to defeat opponents great and small on the battlefield. Upgrade your Heroes and their weapons. Create or join a guild to defend your castle and conquer other lands and dungeons in this action-packed multiplayer strategy game.

Build a base to generate resources for war, upgrade your army, and improve your defenses to protect your medieval village. Build a legendary fortress to protect your castle and kingdom in battle. Plan your defense wisely while you send brave knights to dominate and conquer distant civilizations. Become the ultimate lord of an epic fantasy empire. Test your skills in a wide array of PvP and PvE game modes. Play solo, or in co-op modes with friends and guild mates. Forge the strongest alliances and gather your best squad. Attack, and victory shall be yours! Win the fortress war!

Play Castle Clash now and duel with players all around the world.

What you can expect in Castle Clash:

* Strengthen your Heroes with mighty Hero Skins!
* Build an impenetrable fortress in an epic medieval high-fantasy realm!
* Produce resources to upgrade your village’s castle and buildings!
* Obtain and augment weapons for your warriors so they will be stronger in war!
* Choose from an array of troop units to create the ultimate army for the battleground!
* Collect and evolve dozens of powerful Heroes and legendary weapons!
* Assemble your favorite warriors for “”Squad Showdown””!
* Become best buds with adorable Pets!
* Duel fearsome bosses in this action strategy game with friends in kingdoms around the world!
* Exciting co-op and PvP/PvE combat modes, more than any other mobile strategy game!

Conquer a castle, enemy soldiers and kingdoms while you establish a defensive strategy for your own castle and village. Unleash your troops’ epic potential in thrilling clan wars and campaigns. Gather and upgrade powerful Heroes to become the ultimate ruler in this amazing fantasy realm. The might of your empire shall know no bounds!

The fight for supreme rule requires both great offense and defense. Raise your army, ready your swords and shields, and prepare a magic spell or two. Are you ready to face epic challenges and battle hordes of enemies in these castle games? Are you ready to Clash?

Facebook Comments Box
Tags:AndroidFreeXAPK
We use cookies on our website to give you the most relevant experience by remembering your preferences and repeat visits. By clicking “Accept All”, you consent to the use of ALL the cookies. However, you may visit "Cookie Settings" to provide a controlled consent.
Cookie SettingsAccept All
Manage consent