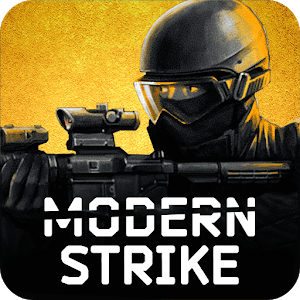 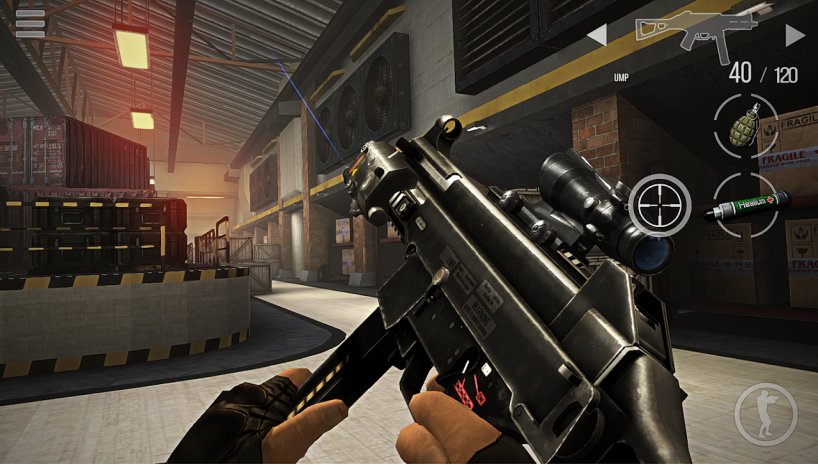 Modern Strike Online
Are you a fan of the good FPS shooting games? Looking for a S.W.A.T. vs Terrorists killing games?
Here is some news for you. We are ready to change an idea of free online pvp Android multiplayer shooters. Jaw-dropping graphics and optimization even for low-performing devices.
Take the part in the vanguard at the battlefield of Modern Strike Online!
Confront your enemy – it’s high-time to blitz!Game features:
✪ 8 battle modes for a single and team fight!
✪ Clans!
✪ Custom games that you create by your own rules!
✪ 14 maps to try different tactics and find your enemy’s weak spots!
✪ 70 types of weapons: guns, pistols, snipers, tommy-guns, shotgun, grenades, rockets and body armors!
✪ Weapon Skins!
✪ Perfect optimization even for weak devices!
✪ Beautiful graphics!
✪ Easy and intuitive control!Game modes:
✪ Team Deathmatch:
Teams battle against each other. The mission is to destroy opposing team and show who is the best player in pvp first person shooter!✪ Deathmatch
It’s kill or be killed, capitalism style. Kill the other players as many times as you can. Making a headshot is the best way to win;✪Team DM with a bomb
One team becomes Counter-Terrorists and other team becomes Terrorists. One of the team should to plant a bomb and other team should to defuse it;

✪ Team Squad
Two teams fight against each other only with 1 hp;

✪ Custom games
Create your own rules soldier. Call your friends. Create lobby and play with your squads in the best military games!

✯✯✯ 70+ Weapons, Customize Your Exclusive Weapons and Skins! ✯✯✯
70 types of weapons: guns, pistols, tommy-guns, shotgun, grenades, rockets and body armors!
Customize your weapon and get a unique test piece – change the color and get all options, from barrels and stocks to scopes.

✯✯✯ Upgrade gear system ✯✯✯
Upgrade your gear and become stronger in gun games!
Claim first place and give a headshot to the one who will dare to contest the air!

Regular updates and new elements are waiting for you in online multiplayer games. This year’s best graphics and perfectly matched sounds will make you spend your time playing Modern Strike Online!