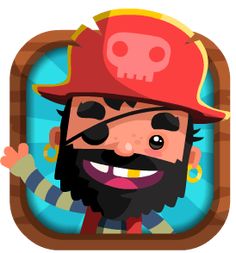 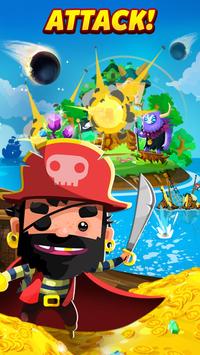 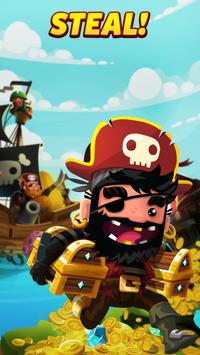 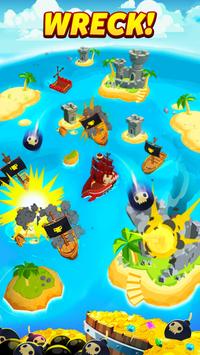 ⚔️ ATTACK your Mateys’ islands! Take their good stuff (and coins)! – it’s a pirate’s life, after all!
⚔️ STEAL bonuses and prizes from other pirates! Take what your heart desires!
⚔️ COLLECT coins and prizes to build your island. Stash more treasure than any other pirate!
⚔️ SPIN the wheel and steal their pirate stuff!
⚔️ BATTLE Friends for Gold and Glory to Become the Pirate King!

Yo-ho! Will become the richest Pirate King master of all?

Defend your islands from return attacks! Become the Pirate King!
Invite Facebook friends to join in the fun!
Gift coins and treasures to your mateys – who said pirates were bad?
Anything goes in the most pirate-tastic of multiplayer games and building games!

Bonuses and Loot A-Plenty In This Epic Island Adventure Game!
????Spin the wheel every hour for daily bonuses! Win coins and upgrade your island.
????Win chances to attack and more in this swashbuckling pirate game!
???? Rob your friends’ islands: In spin wheel games, you win up to 100k coins on every spin! Use your coins to build your island’s defenses, upgrade pirate ships, and add pirate parrots! Argh!
????Upgrade your entire island for bigger, better islands – and then defend them (from your friends’ revenge attacks)!
????Complete Pirate Quests! Damage your friends’ islands, steal their stuff, then upgrade your items for even more glorious goodies!
????Win big with the Island Tales Pirate Album! Each new album tells the tale of a pirate island adventure game – collect cards as you complete quests for HUGE extra building games rewards!

????Become the Greatest Pirate Captain of All Your Friends! ????
????It’s even MORE fun when you play with friends, and STEAL THEIR STUFF!
????This is Pirate Kings – the multiplayer game where you can attack your friends’ islands!
????Spin the wheel to play games with friends and…
????Attack your enemies (or your Pirate Kings friends!) – fire your cannon and loot away!
????Steal coins from the Cash King! Find where the Cash King is hiding, and steal his bounty!
????Steal coins from other players too! Enjoy building games as you’ve never played before in Pirate Kings, the coolest coin game on the high seas!
????Get in the adventure game spirit – Loot, steal and attack too! What else are island adventure multiplayer games and coin games for?

2020-01-17
Our special-ops team went for a dive and found something super-awesome: a lost underwater wheel. Can you get its ancient prizes? Find out soon, when DEEP SWEEP comes to Pirate Kings!

Please use the in-game support feature to report any issues and give us feedback.

Facebook Comments Box
We use cookies on our website to give you the most relevant experience by remembering your preferences and repeat visits. By clicking “Accept All”, you consent to the use of ALL the cookies. However, you may visit "Cookie Settings" to provide a controlled consent.
Cookie SettingsAccept All
Manage consent