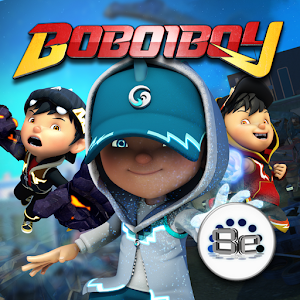 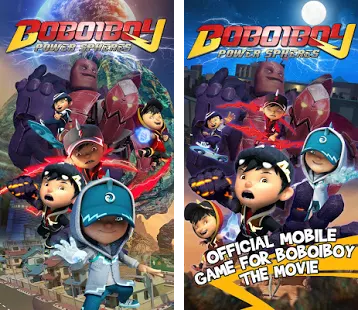 The description of Power Spheres by BoBoiBoy

Fast-paced Puzzle-Action game in the super popular BoBoiBoy game series! This is the officially licensed mobile game for monsta’s smash hit BoBoiBoy The Movie.
The game challenges your puzzle skills and speed. Combinations of BoBoiBoy’s elemental powerballs unleash action on your opponents in the battle screen above.A group of alien treasure hunters has arrived on Earth and kidnapped Ochobot in order to use him to locate an ancient and powerful “Sfera Kuasa”. BoBoiBoy and his super friends must now race from level to level to save Ochobot and fight never before seen villains.

This split-screen BoBoiBoy game combines Match 3 Puzzle gameplay with Action elements and takes you to defeat well-known enemies and new villains from the movie in over 100 exciting levels.

Can you beat the Alien treasure hunters?
Are you good enough to help  BoBoiBoy and his friends to save Ochobot?
Will you uncover the secrets behind the mysterious “Sfera Kuasa” and unlock your BoBoiBoy’s new powers?

★ Friends Leaderboard and Achievements
★ Multi-language support with Bahasa, Malayu, Thai, Vietnamese, Chinese and English
★ Power-up your BoBoiBoy skills and evolve them to the next level!
★ Get BoBoiBoy friends to help you out in battle!
★ Over 100 levels and many new villains to take down!

Facebook Comments Box
Tags:Androidapkpuzzle
We use cookies on our website to give you the most relevant experience by remembering your preferences and repeat visits. By clicking “Accept All”, you consent to the use of ALL the cookies. However, you may visit "Cookie Settings" to provide a controlled consent.
Cookie SettingsAccept All
Manage consent