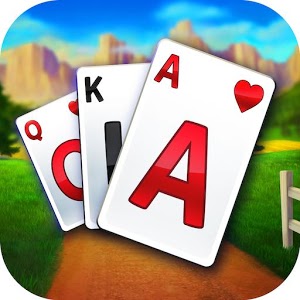 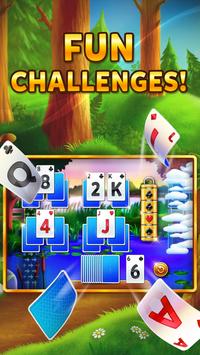 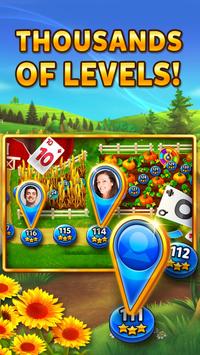 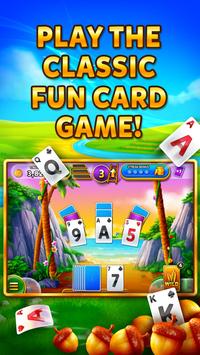 This is tripeaks solitaire at its best: harvest, play cards and have fun in Solitaire Grand Harvest, the FREE solitaire card game you won’t be able to get enough of!

Harvest and Play Tripeaks Solitaire
Maybe you’ve played standard free tripeaks solitaire games before – but this is Solitaire Grand Harvest tripeaks! Are you ready to play cards?
♥ Work your way around each field by playing fun challenging solitaire games!
♠ At the end of each field, harvest your crops for an extra free bonus!
♦ Complete fun solitaire challenges in the rewarding Golden Glade, for extra credits, powerups – and other Solitaire bonuses!

Solitaire Grand Harvest – one of the most exciting free solitaire games around!

Epic New Tripeaks Solitaire Features
Solitaire Grand Harvest is more than just a classic solitaire tripeaks card game – there are extra features aplenty to explore!
♠️ Multiply your harvest with Crop Master – find loaded crates around each field, and see which goodies are waiting for you inside – including credits, boosters, wild cards, and more tripeaks solitaire fun!
♥ Sam & Bones – join Sam the Dog as he scavenges for solitaire treats throughout your game! More treats mean more rewards for you – and a happier Sam!
♦ Hoppy the Frog – you’ll find Hoppy hanging out in certain levels – but watch out! If he lands onto a solitaire card, that card will be blocked from playing until he moves! Can you find your way around Hoppy?
♣ Spin the bonus wheel for extra tripeaks solitaire bonuses including FREE coins, EXTRA cards, FREE solitaire rounds and EXTRA harvests!

Your crops and cards are waiting for your harvest, and these tripeaks solitaire games won’t play themselves! Swing by the farm, flip your cards, and download one of the most exciting solitaire games of all: play Solitaire – Grand Harvest tripeaks now!

Facebook Comments Box
We use cookies on our website to give you the most relevant experience by remembering your preferences and repeat visits. By clicking “Accept All”, you consent to the use of ALL the cookies. However, you may visit "Cookie Settings" to provide a controlled consent.
Cookie SettingsAccept All
Manage consent